Home › Government › Petteri Orpo: immigrants as an opportunity in an increasingly international economy

Petteri Orpo: immigrants as an opportunity in an increasingly international economy 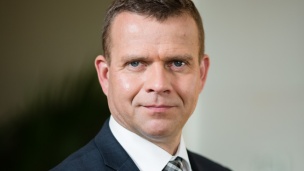 As you all probably know, there is a serious contender to replace Alexander Stubb for the coming congress of the National Coalition Party: Minister of Interior Petteri Orpo. The polls are not very reliable, and for the moment it is quite difficult to know what will be the result, even if Orpo is the most popular minister in the government and if he has the support of influential National Coalition Party member Jan Vapaavuori, who has been Minister of Economy. Alexander Stubb is one of the three less popular ministers in the government, and some are trying to push him away from his leadership position.

An interesting point are Orpo’s views on immigration. He wrote recently an interesting article in the Finnish language weekly financial and business magazine Talouseläma an article in favor of immigration, indicating in particular that: “The challenges of immigration are discussed today more than ever in Finland. Therefore, it is useful to also acknowledge the opportunities and benefits it provides Finland’s economy with. Finland is a small, remote and sparsely populated country with few raw-materials at its disposal, living from foreign trade. Because trade is the lifeline of a small country, in order to thrive, Finland must be open and international. Not all of the knowledge and skills live within this country’s borders“.

He is considering that the main economic challenge for Finland is the decrease of its working population due to the ageing of the country, indicating that “Finland needs to either raise its population’s pension age significantly or allow more immigrants into the country. The growth of Finland’s population already relies on immigration“.

He is noting that a study published by Sweden’s Delmi committee last year found that both the country’s international trade as well as investments had grown as a result of immigration, and in  particular that this effect is due to the development of local knowledge and a network of contacts provided by immigrants in Sweden.

He is insisting on the need for Finnish small and medium-sized enterprises to “become more international and actively seek new markets. According to the study, a foreign employee brought on up to a two or three percent increase in sales to his or her home country. Therefore, work-related immigration must be promoted“.

He is promoting the recent decision of the government  to make it easier to acquire a residence permit for immigrants with special skills and those starting up businesses in Finland. But it is not very sure that this measure will be useful, when today’s Finland is not so attractive for foreigners.  A number of Finnish people imagine that foreigners just dream to invade the country, attracted by the social model, the reality shows that it is not the case: until now, 75 % of the refugees have voluntarily left the country, mainly to go back to Iraq, Syria and Afghanistan.

Petteri Orpo indicates also that the qualifications and skills of each refugee arriving in Finland will be assessed and special action will be taken to ensure their successful employment. he adds “as a small country that is reliant on export, closing in on itself is not an option for Finland. So let us keep our eye on the future. Let us be brave and continue without prejudice towards the new“.

Good intentions. But  the National Coalition Party has chosen to be in a coalition with the Finns’ Party, not really an asset to transform Finland in an international success. The result is in front of us: today, we learned that the exports are again going down…

Like Loading...
‹ EKOenergy, the Finnish NGO pushing Europe to buy eco-labeled green electricity
Maria Ohisalo (Vice-President, Greens):We are not only opposing, we have our gouvernment programme ›