Home › Economy › Addressing the Greek crisis after the “no”: how to be fair with the Greeks, but also with the Finnish and the EU taxpayers?

Addressing the Greek crisis after the “no”: how to be fair with the Greeks, but also with the Finnish and the EU taxpayers? 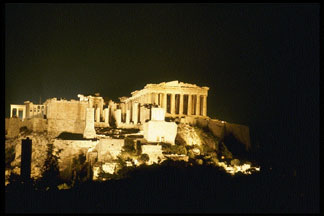 Even if the referendum was an act of democracy, even if the EU has proven that it is not able to handle a crisis efficiently, even if we can have sympathy for the Greek citizens, there will not be a sustainable solution without our leaders taking into account the fact that Greece is not a country where the rule of law is implemented, which is in total contradiction with the EU Treaty. Asking an effort from the EU citizens without Greece changing its public culture would be unfair and lead to a catastrophe.

Everybody is right, nobody has a solid solution

After the small victory of the “no” in Greece, we will hear again a lot of people claim that it is good for Europe, or good for democracy, or good for the Greeks. And we will hear a lot of people saying the opposite, and explaining how Greece will have an enormous problem, and will not be able to stay in the eurozone, and that it will make the Greeks poorer, and that we, Europeans, will have lost a lot of money, which is going to endanger all budget of the EU member states, such as Finland. In parallel, the real leaders of the EU, Angela Merkel and Francois Hollande, who are the only ones able to lead the eurozone, are going to meet on Monday and have a dinner to prepare a common position. If they are successful, there may be an agreement quite fast. If they don’t, I do not see an EU agreement for Greece in the next days, and the Grexit will happen.

I agree with all of it. Yes, it was good that Mr. Tsipras asks the opinion of the Greek people, it is an exercise of democracy, which is a Greek word, after all. Yes, he will also be in a better position to negotiate, which is not bad if we want an agreement. Yes, he  can also use it to make the Greek population make some additional sacrifices. But I also agree that Greece will have a serious problem if there is not an agreement in the next 48 hours, as the liquidities are lacking seriously in the banking system: yes, it may push Greece to leave the euro or find some intermediary solution faster than he hopes. And Mr Tsipras is working on it, he has this Sunday evening a meeting with the Greek banks to prepare a new request to get a financial support for the European central Bank, in order to be able to improve confidence rapidly.

But even in the best case, even if Merkel and Hollande have an agreement on Monday, I am quite sure that it will not be a solid agreement. The reason is quite evident: analysts consider that Greece is needing 50 millions euros in the next 2 years to continue to be in the eurozone, and I doubt that the EU leaders are going to accept something so difficult in the next days. So there will be another crisis in 6  months, another one in one year, and probably a collapse later…

In fact, there is  no solution because we are trying to find a financial solution to what is considered wrongly as a financial crisis. And the EU and Tsipras are going to hit the wall in the next months at full speed, because they are not realising that the crisis may be financial, but the solution which would address the real crisis would be at a higher level, the level of values. I have learnt that when something seems to be without solution, you need to go at a higher level to solve it, and it is applicable to this situation..

In this particular case, we have to go back to the values, at least to those on which the EU is built. The Lisbon Treaty includes in its article 1 the following sentence: “The Union is founded on the values of respect for human dignity, freedom, democracy, equality, the rule of law and respect for human rights, including the rights of persons belonging to minorities. These values are common to the Member States in a society in which pluralism, non-discrimination, tolerance, justice, solidarity and equality between women and men“. In the present situation, the crisis in Greece is in particular a consequence of the fact that the rule of law is not respected in the country. The corruption index published by Transparency International puts Greece at the 69th rank (with Italy, Romania and Bulgaria),largely  behind countries like Georgia, Lesotho, Namibia, Ghana, Jordan . Taxes are not collected, to the point that the Greeks themselves have a conservative estimation of 30 billion euros unpaid annually (sufficient to cover the needed 50 billion euros on 2 years). In addition, it would be unacceptable and totally unfair  to ask citizens of countries where the pensions are not even half of the Greek pensions (such as Slovak Republic, Bulgaria and Romania) to pay for Greece in such a situation. And the Greeks get in average 75 % of their previous income as a pension, when it is only 64 % for example in Finland, 65 % in France and 42 % in France.

So, even if we would like to help Greece, even if we would like to keep Greece in the eurozone and the EU, even if we want to avoid that Russia and Greece develop strong political links, it would be unfair to arrive to a  agreement to bail out Greece without taking these elements into account: Mr Tsipras should have one  year to take the strong measures to implement the rule of law, fight corruption and recover unpaid taxes, and get financial results on this basis, even if it means sending to prison a number of corrupted officials and rich citizens. Syriza has been elected to fight corruption, and the EU can support it.  In this case, a support from all would be justified. If such a policy is not seriously progressing after one year, a well planned Grexit should be imposed, as the Greek situation would not be sustainable…

Another serious worry is that there is the same situation in Italy, Romania and Bulgaria where the grey economy and corruption are a major phenomenon. There should be a strong message through the Greek solution to these countries, which are in a situation to hurt us as much or more than the Greeks.

Like Loading...
‹ The rising temperature of the eurozone, by Paavo Arhinmäki
The government is wrecking equality and increasing distress of families, by Outi Alanko-Kahiluoto ›