Historians without borders, by Erkki Tuomioja 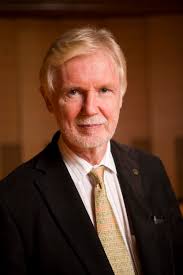 Erkki Tuomioja, former Finnish Minister of Foreign Affairs, launches an interesting international initiative, which may serve to improve the present by looking at the past. All details in Finnish and English on his blog

In today’s world we should be increasingly concerned about both the ignorance and abuse of history in politics and how this impacts on international relations.

To claim that we have entered a new post-modern world dominated by the short-term where future generations will have nothing solid or enduring to rely and build ones future maybe somewhat exaggerated. Nevertheless concerns about short-termism and the ”end of history” (although not necessarily in Fukuyama’s meaning) are valid.

It may or not be true that those who do not know their history are doomed to repeat it. What is more likely to be true is, that the less you know about your history, the more difficult it will be to see the future either and be able to influence it.

Knowing your history is not the same as becoming a prisoner to it. On the contrary, it is much easier for those who know their history to avoid becoming its prisoner, through the manipulative and nefarious efforts of those who will seek to misuse it for political ends. After all also myths about history thrive on ignorance.

This year is the centennial year of the events leading to the death of up to a million and half Armenians in the Ottoman Empire. That these events took place is not disputed, but the question of whether or not to call it genocide has become a source of conflict and soured relations between Turkey and many countries, where politicians and parliaments have raised their profiles by issuing statements and passing resolutions on the issue.

What then should the role of politics and politicians be vis-a-vis history? It is easier to say what it should NOT be, i.e. legislating about historical truths or untruths. While the motives and other activities of Holocaust-deniers are rarely free of anti-Semitism and are most often intimately connected to racist and fascist ideology and politics, we should nevertheless resist proposals to make holocaust denial a criminal offence as has been done in some countries. Other laws criminalizing anti-Semitist and racist defamation are enough, without making historiography the subject of legally-defined truths.  This applies equally to resolutions on what to call the 1915 massacre of Armenians in the Ottoman Empire, let alone on passing legislation on yet another Holocaust-denial.

While individual politicians should have a good knowledge of history and an ability to speak out on issues of history, they should not do so through legislative acts. What they should do is to see that historical research in general is adequately funded. They can also identify areas of research were more work is needed and also establish special projects, such as the project in Finland to  study and examine all war-related deaths in Finland during the period 1914-1922, which has been a controversial subject for decades after the events.

How can historians contribute to mediation and conflict resolution?

As a positive agenda politicians and governments should welcome and support independent and international research and contacts between historians from all countries to encourage them to work together on defusing conflicts on the facts and interpretation of historical events and building cross-border understanding of all parties perceptions and interpretations of such events.

Perhaps the most praiseworthy example of a nation addressing its history is Germany. We can all learn from the way that Germany has endeavoured to address the question of its awful 20th Century history. Finnish is one of the few languages into which the challenging concept of verganheitsbewältigung can be translated easily with the word menneisyydenhallinta. If Germany is the good example there are unfortunately plenty of other countries, which have not made any serious efforts to come to grips with their dubious past.

There is no need to point to the many obvious examples of this failure. We can with good reason  castigate these countries and their leaders and the historians who surrender to the nationalist pressures they are subjected to but we should also engage with them as researchers and scholars in dialogue, and try support and sustain the possibilities for independent and critical historiography, which in worst case countries can be downright dangerous.

In the many discussions I have had with historians, diplomats and politicians from Finland and numerous other countries the need for the strong role that historians could play in creating more mutual understanding and also contribute to conflict resolution has been universally recognized.

Encouraged by this positive response we in Finland feel that the time has come for independent historians in all countries to come together and place their knowledge and experience at the service of efforts to prevent and solve internal or external conflicts and of post-conflict management in cooperation to bridge diverging historical interpretations across  borders. We believe that historians can and should be used as experts in helping mediation by bringing closer the views of opposing parties.

To this end we decided on June 16th at a specially convened meeting of historians and diplomats to establish an organisation called Historians Without Borders in Finland as  an independent NGO.

– promote and deepen general and comprehensive knowledge and understanding of history;
–  promote open and free access to historical material and archives;
– promote interactive dialogue between different views and interpretations of history to bring closer diverging views of the course of historical events;
– support efforts to impede the abuse of history to foster conflicts or to sustain enemy-images and distorted myths, and to contribute to the use of history in defusing conflicts and in conflict-resolution.

We are looking forward to seeing similar organisations established in other countries with the aim of bringing these as well individual historians together in an international network of Historians without borders and to put our knowledge, experience and will at the service of conflict prevention, resolution and post-crisis management. We are aiming to call a broad international meeting of interested historians in Helsinki before the end of the year to continue working on the initiative.

Like Loading...
‹ What would be the consequences of a Greek default for Finland?
Antti Rinne: a Strategy for the Social Democratic Party, a Strategy for a better Finland ›