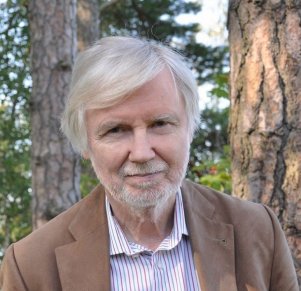 This interesting article, which illustrates the difficulties of Juha Sipilä when writing a government programme with two partners in some days,  has been published at the end of May by Erkki Tuomioja on his blog (http://tuomioja.org/blogi/2015/05/ajatuksia-hallitustyoskentelysta/) and is translated here with his authorisation.

Erkki Tuomioja has a Ph.D. in political science, a B.Sc. in economics and holds a lectureship in political history in the University of Helsinki. He is the author of 18 books, and has been a journalist before being elected for the Social Democratic Party to the Finnish Parliament in 1970. He has been Minister for Foreign Affairs from 2002 to 2007 and from 2011 to 2015. He is one of the best observer of the Finnish political life.

The government programme discussion […] will become exceptionally important as the several – even questionable and frightening – policies are scrutinized. I will not get into those right now, however, I will instead concentrate on how a government programme is made and my thoughts on cabinet work generally.

Four years ago the government programme became rather long and detailed. There simply was no other way to form a cabinet with six different parties, all with very different priorities and goals. The result, however, was not too bad: the cooperation worked and brought results – each party followed the programme. The problems began when the desire to follow the mutually agreed principles weakened and when the external factors would have required an updated programme – for that there was no mutual desire or vision.

Now the starting points for a cabinet of three conservative parties did not initially seem any easier, but it certainly looks like the views of the Centre Party leader Sipilä and the National Coalition Party were closer than the Centre Party indicated during its campaign. It seems that specifically the Finns Party is ready for any type of U-turns just to get into the cabinet.

Long and detailed government programmes are necessary when the political views and goals of the relevant parties are so far apart from one another that shorter, more general goals are not enough – often due to lack of trust between the parties. The problem with being detailed has often been the general view that the devil is hiding in the details. Detailed programmes which are meant to be binding require an adequate amount of time as well as information based on reliable, objective research on different options and their consequences.

This is what lacks from hurried and pressured cabinet talks. In fact, not only cabinet talks but all other talks for which the cabinet, within the budget and the outlines, holds every year. The results have been solutions that are far too unclear, ambiguous and, in regards to the information available, unsustainable. Inspecting and correcting these solutions is in most cases very difficult.

Juha Sipilä’s support for the above thoughts was somewhat unreserved, but unrealistic and naive. Unrealistic because the goals were not reached – the programme size resembles the earlier creations which have all been highly criticised. It is naive because this was also about the public officials trying to transfer power belonging to the elected officials to the public officials, where it does not belong.

All issues cannot and should not be resolved in cabinet talks and government programmes created in those talks. Actually, it is wrong to ridicule it if it includes several promises to examine a large number of issues. Of course, it is better to first investigate what is possible and what is not, as well as go through all phases of the consequences before one commits to policies that could potentially have adverse results or could be difficult to change. What is possible, however, is to outline clear goals and conditions for the investigation and agree on criteria used to evaluate it.

Juha Sipilä is correct to state the cabinet collective responsibility and efforts must be more intensive. I have personally worried for a long time that the collective efforts of the cabinet has steadily weakened during the last few decades. The evening meetings institution, which used to be a tool for such cooperation previously, has become obsolete, irregular and focused on less important issues, largely because, as is well known, Paavo Lipponen hated all types of conversational “jamborees”.

Mutual discussion and genuine decisions are generally only taking place in the economic policy cabinet meetings and in the group formed of leaders – now three instead of six – of different cabinet teams. Many times other members of the cabinet have read in the news what the “cabinet” has decided on some issues. An exception to this is the weekly cabinet meeting on EU issues which has become the most important tool in collective cabinet work. This cabinet meeting is open to all cabinet members and it makes, due to schedule and information required by the Parliament, actual, genuine decisions.

Collective work of the cabinet and its responsibility would, however, not be improved by weakening the leadership opportunities and the connections of the state secretaries in their own ministries. This would only lead to the weakening of the political power and the increasing of the public official power. This can be ideal to some, especially in regards to increasing the power of the ministry of economic policy, but the loser would be democracy.

Juha Sipilä also had a distinctive desire to lessen the amount of state secretaries and ministers. I already told him before the elections that this would be insane and that, for instance, the ministry of foreign affairs needs, considering the travelling requirements of the state secretaries for e.g. international conferences, at least two state secretaries. Regarding the ministry of foreign affairs two state secretaries were appointed, however, intolerable decisions were made regarding the other offices. Combining the tasks of the environmental ministry and the agriculture ministry can be understood as an attempt to shut down the entire environmental ministry, as wrong as it sounds, but combining the tasks of the Secretary of Justice and the Secretary of Employment lacks even that logic.

Recently it has been emphasized that the government officials should not be isolated in their own circles. This is, up to a point, fully justified, but at the same time it is not, in fact, in line with how these days political positions are prepared into such bunkers so that, after attributing ministerial positions , it appears that whoever can be in whichever task and no one will question these choices.

Like Loading...
‹ Will the new Government be successful in boosting growth and competitiveness with its present programme?
The government’s migration policy and the three wise monkeys ›